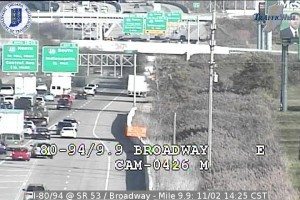 The Indiana Department of Transportation is reporting a semi tractor trailer truck is on fire on the outsid eshoulder eastbound Interstate 80/94 hear the Broadway exit.  Crews have just arrived on scene as eastbound Borman traffic near Broadway has reportedly stopped near Broadway. 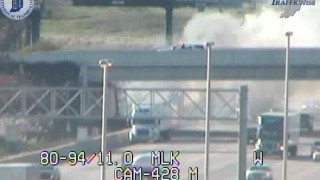