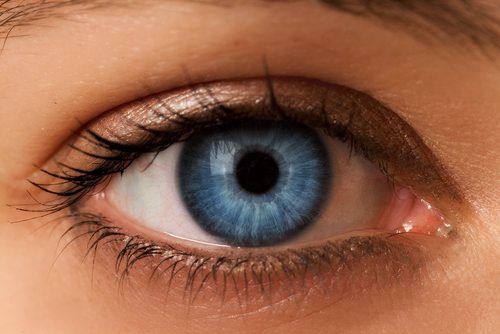 Does having a certain eye color mean a greater chance of being an alcoholic? Westwood One Correspondent John Stolnis reports a new study out of the University of Vermont suggests that the link not only exists, but it appears to be a genetic one.

Reporting in the American Journal of Medical Genetics Part B: Neuropsychiatric Genetics, the researchers find that among European-Americans, those with light-colored eyes–described as ones that are green, gray, and brown in the center–have higher rates of alcohol dependency than Euro-Americans with dark brown eyes; that link is strongest in blue-eyed people.

“We still don’t know the reason,” researcher Dawei Li says in a University of Vermont press release, but they do know that the very genes that determine eye color are situated along the same chromosome as genes that are known to be linked to alcohol dependency.

It’s not the first time the eye color-alcohol link has been found: A 2000 study arrived at a similar conclusion, noting that among one sample set of women, dark-eyed females averaged 4.91 drinks in the last month to light-eyed females’ 5.78. Blue eyes also correlate with other attributes, including lower pain tolerance and higher competitiveness, reports Medical Daily.

“This suggests an intriguing possibility–that eye color can be useful in the clinic for alcohol dependence diagnosis,” says lead researcher Arvis Sulovari.

The researchers say these findings could help us better understand the roots of not only alcoholism but other psychiatric illnesses as well.