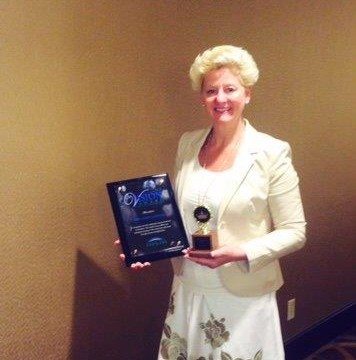 The Lake County Coroner’s Office announced today that Coroner Merrilee Frey recently received an award for “Outstanding Service as Coroner for 2015” by the Indiana State Coroner’s Association.  Frey received the award during a conference in Indianapolis last week.  While at the conference, Frey also accepted an award for the Lake County Coroner’s Office, which was awarded the 2015 “Vision Award” from the Indiana Lions Eye Bank.

In a statement, Frey said she is honored that her office was selected for this award and, “families that allow this service are the unsung heroes in donating their loved ones corneas for the betterment of individuals who now will be able to see all of their beautiful surroundings.”