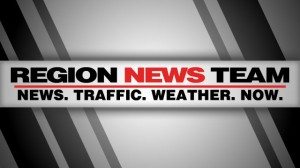 It’s National Child Abuse Prevention Month and thanks to Governor Pence signing into law a new bill, it will be much harder for those with previous child abuse records to hide in Indiana.

The governor’s office reports that, in a ceremonially signing earlier of Senate Enrolled Act 357, or “Kirk’s Law,” the Division of State Court Administration is now required to create a registry of individuals convicted of a crime of child abuse.

The law, named after 19-month-old Kirk Coleman, who prosecutors say died in the care of a provider who had a previous record of child abuse, goes into effect July 1st of this year, according to a release. Additionally, the bill requires the registry to be searchable and available to the public and in operation no later than July 1, 2017.

“Senate Enrolled Act 357 is about protecting our most vulnerable Hoosiers – our children,” said Governor Pence. “This bill provides parents a way to make sure the person they have chosen to take care of their child has not been convicted of child abuse. It is my hope that this child abuse registry will become a resource to help ensure that no child is left with someone who may harm them.”