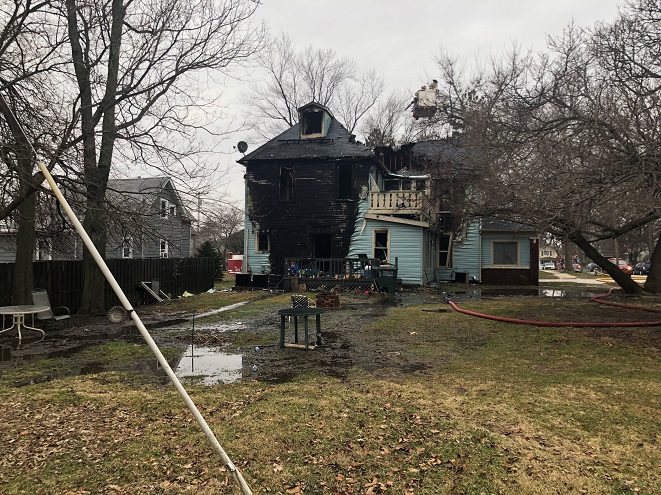 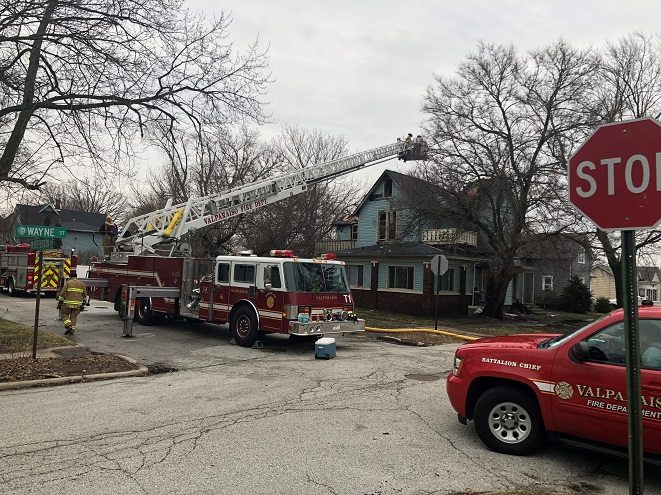 No injuries were reported in an overnight residential structure fire in the area of Wayne and Jefferson Streets in Valparaiso overnight. Valparaiso Fire Department Public Information Officer Robert Schulte says crews were called out at 11:45 pm Wednesday evening and upon arrival found a two-story residence that housed multiple apartments that had fire showing from the rear of the building. Fire crews extinguished the initial fire showing, but due to the balloon construction of the home, fire moved to the attic of the structure before it was extinguished, officials say, and the home was a total loss, the fire department reports.

Firefighters remained on scene until 10:30. Initial cause of the fire is not known, and an investigation will take place later today, Schulte said. At least four people were displaced by the fire. Porter County Red Cross assisted two occupants with housing.